Qualities of Duration is the first book to chronicle Smith and Thompson's complete body of work with 350 illustrations, a thought-provoking text by Alastair Gordon and design by Barbara de Vries.

From the cover (text by Alastair Gordon):
"Taking Bernard Rudofsky’s emphasis on forgotten vernacular buildings and “architecture without architects” as the underlying theme in their work, Smith and Thompson’s sources of inspiration have varied widely over the years, from early European modernism to the barns and fishermen’s cottages of Nantucket, to the monasteries of Tibet, the hill towns of Italy and the stilted kampongs of Malaysia. Unlike architecture that arrives with a single notion, an idée fixe, Smith and Thompson’s mode of spatial awareness resembles a kind of built Yoga."

Available in book stores and on Amazon.com, click here. 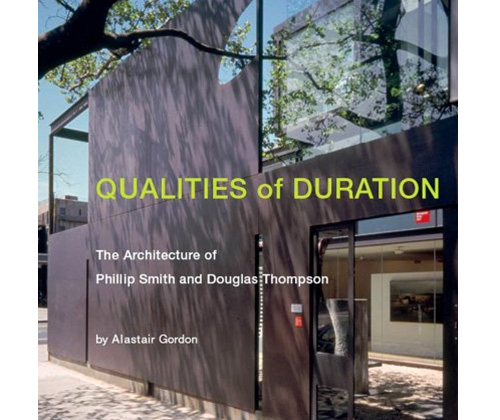